Known for Smooth Jazz rendition on Street Life in 1980. Take part on a project,  making music make a pledge. 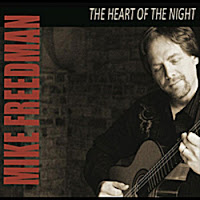 Mike Freedman's latest release takes his music in a new direction and showcases a blending of the many elements of his musical background. Mike's love for many musical styles blend well in this mix of Latin, jazz and other worldly rhythms and textures. The instrumental pieces flow along, are easy on the ears and enjoyable to listen to while adhering to a radio format and sound, having strong hooks and melodies.

Mike has also produced and recorded two CD’s of his own material as a singer/songwriter and one CD of instrumental guitar music. Mike has had his songs placed in TV and film, including the show, Dawson’s Creek.