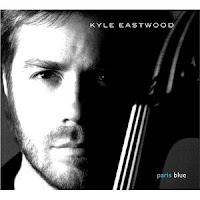 He has experimented on different  styles of  jazz which charts a new territory with a mix of traditional and Contemporary Jazz.

Kyle Eastwood's  records "Paris Blues, Metropolitan"  was released in the US. It was recorded in Paris and includes collaborations with some of the artists he admires most on the current scene: drummer Manu Katche, trumpeter Till Bronner, French star vocalist Camille and pianist Eric Legnini. Metropolitan was co-produced by Erin Davis; son of Miles and Kyle's long term writing partner Michael Stevens, the album captured the attention of the jazz world.


* Use for Video Promo Only, Credit upload by Encore