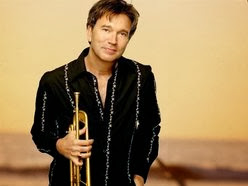 Rick Braun’s done just about everything, from backing the likes of Rod Stewart and Sade to stepping out into the spotlight as a vocalist and a master of the trumpet and flugelhorn. The Allentown, Pennsylvania-born Braun began playing music in elementary school, ultimately winding up at the prestigious Eastman School of Music. There he hooked up with like-minded musicians to form a jazz-fusion combo, Auracle. Braun’s first big break came when he composed “Here With Me,” a Top 20 hit for REO Speedwagon. He soon became a highly regarded pop sideman, touring and recording with the likes of Rod Stewart, War, Sade, Tina Turner, Natalie Cole, and Tom Petty. The trumpeter became a NAC fixture with his debut, Intimate Secrets. His records have ranked in the Top 10 of Billboard’s Contemporary Jazz Chart with Kisses in the Rain reigning at #1 for 11 weeks and his singles have held the #1 position on the R&R NAC/Smooth J Jazz album charts.