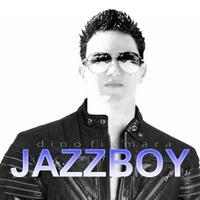 Dino Fiumara  Born and raised in Pittsburgh, PA Dino has been exposed to a rich environment of music, art and theater since as a child. At the Conservatory of Naples Italy, this is where Dino began his early piano instruction. Dino learned everything from his Grandmother and Father's endless talents and wisdom. At West Virginia University Dino auditioned and became part of the WVU Big Band.

Performing with experiences included concerts with Vince DiMartino from the Old Tonight Show Band, and Chris Vadella, long time performer with Chuck Mangione. Continuing his education at Duquesne University in Pittsburgh, Dino began studying Jazz and Classical Piano with David Budway, recording artist with Hubert Laws, and musical director for Jeff Tane Watts, Liza Minnelli. Dino became part of the prestigious Duquesne Big Band, which led to intense performances with the great Slide Hampton, Herbie Mann, and Tony Williams (who wanted Dino to go on the road with him, however he was too young at the time and wanted to complete his studies). This was a GREAT HONOR bestowed upon him at such an early age from one of the Legends of Jazz.


video for promo use.