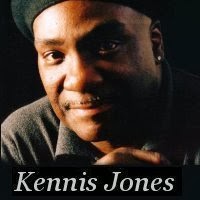 Kennis  Jones,  flair for music  came at an early age where his father sang with Sam Cook and with the Wings of Faith gospel group. Kennis decided to go to California to pursue his music career. After initially spending time with members of Earth Wind and Fire, Kennis eventually got an interview with Smokey Robinson. Smokey immediately signed Kennis as a personal songwriter.

Kennis wrote many songs for Smokey, a couple of which were released, including the excellent cut “If we’re gonna act like lovers” from the Big Time soundtrack. Kennis also wrote another tune for Smokey Robinson “I’m Loving You Softly” for his Love Breeze album. Facebook