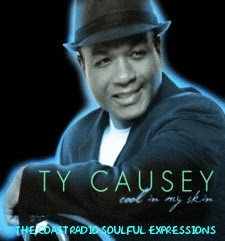 TY CAUSEY, to the attention of noted contemporary jazz saxophonist, Najee. So impressed with a demo of his, Najee quickly invited him to work on his next project, the Verve Records release, MORNING TENDERNESS. Causey would not only be a featured vocalist on the recording, co-writing several of it’s tracks, but he would also fill that spot on the subsequent worldwide tour which had him sharing the stage with other artists such as Pieces Of A Dream, Norman Brown and more. This great opportunity introduced him to a number of eventual fans of his style and sound. Needless to say, the enthusiastic response he received while on the tour encouraged Causey upon his return home to start crafting a project of his own. He ultimately released his aptly titled full-length debut, N-TYSING in 2004. The winning collection that featured guest spots from saxophonist Najee and bassist Nelson Braxton of the jazz duo Braxton Brothers drew enthusiastic reviews and found its way to the playlists of radio programs in both the U.S and abroad including the UK, Japan and Germany. The resulting exposure gave notice to an engaging new voice on the music scene moving many to include N-TYSING on several “best of” lists that year. Contact

Video for promotional use

on January 23, 2015
Email ThisBlogThis!Share to TwitterShare to FacebookShare to Pinterest 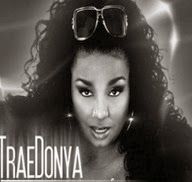 April 19th at 12 EST. The Coast Radio features Traedonya Chequelle, known simply as Traedonya and sometimes stylized as Traedonya, is an American musician, recording artist, singer-songwriter, model[and activis. She began her career as a child musician and rapper. After attending high school in New York City, she went on to study Jazz and Fine Arts. has been witness to some of the most diverse rhythms of cultures, music, and people. It is this that truly makes her own style so memorable. If you ask her now, she'll tell you her musical influences range from the unforgettable classics of artists like Mary J. Blige and Billy Holiday to the underground sounds of Drum-n-Bass, 2 Step Garage, and Trance. It is this diversity that TRAEDONYA, always brings to the table. Coming from a formal musical background and learning from such jazz greats as Chico Hamilton, Reggie Workman and Bernard Purdie, Traedonya's voice reflects a professional, sophisticated urban sound in a scene often flooded with generic beats, now in the jazz scene  as we feature her song "Another Lie."
on January 23, 2015
Email ThisBlogThis!Share to TwitterShare to FacebookShare to Pinterest
Newer Posts Older Posts Home
Subscribe to: Posts (Atom)