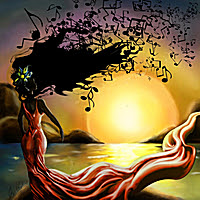 Rodney E. Foster Sr.  Productions are influenced by Jazz, R&B and Hip-hop artists. This debut solo album reveals the sensual undercurrent that lives by his music.
Rodney's musical experiences that helped nourish his musical creativity from touring the United States he formed several R & B bands but couldn’t find members as dedicated as he was to working towards success.

Rodney has produced, arranged, and written many tracks throughout the years for other artist’s such as: Jimi Clinton, Maniac Dum Dumz, S Kay, Trick One, Alias One and many others. He likes to stay on top of all the newest technological trends in music. These innovations have allowed him to create his music on his own terms. Rodney has a catalog of well over 5000 tracks and growing. The albums, Sensual Thoughts and Maya are only the first and second offerings with several new projects to be released before the end of 2014, nw Available on cdbaby.


video is for promo use.