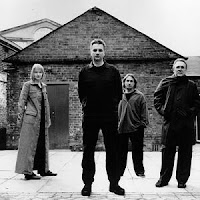 Art of Noise (also The Art of Noise
An avant-garde synthpop group formed in early 1983 by engineer/producer Gary Langan and programmer J. J. Jeczalik, along with arranger Anne Dudley, producer Trevor Horn and music journalist Paul Morley. The group's mostly instrumental compositions were novel melodic sound collages based on digital sampler technology, which was new at the time. Inspired by turn-of-the-20th-century revolutions in music, the Art of Noise were initially packaged as a faceless anti- or non-group, blurring the distinction between the art and its creators. The band is noted for innovative use of electronics and computers in pop music and particularly for innovative use of sampling.
The name of the group alludes to the essay "The Art of Noises" by noted futurist Luigi Russolo. From the earliest releases on ZTT, the band referred to itself as both Art of Noise and The Art of Noise. Official and unofficial releases and press material use both versions. The group is perhaps best known currently for the international Top 20 singles "Kiss" and "Peter Gunn", the latter of which won a 1986 Grammy Award.


Video for promotional use only.