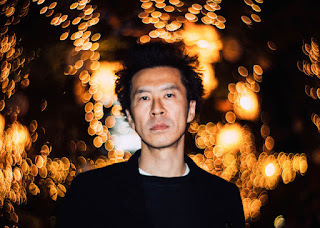 Ino was born in Nobeoka, Miyazaki Prefecture, Japan in 1970. He began to learn the piano around age 5 his mother took him to a piano class on the pretext of going to a local sweet shop. During his time in secondary school at Totoro Junior High in Nobeoka, he specialised in brass instruments in the school's symphonic band.

After graduating from Kobayashi Prefectural High School in Nobeoka he took two years out, during which he spent attending a university preparatory school in Fukuoka and frequenting the cinemas and second hand records shops. For a time Ino also attended a vocational school for piano tuners. Whilst working at various in places in Fukuoka such as offices, an clothes shop, and food stalls & coffee shops in Nagahama, he created a band dedicated to 60s music in which he took on vocals as well as playing keyboard.
Wkipedia
on August 03, 2017
Email ThisBlogThis!Share to TwitterShare to FacebookShare to Pinterest
Newer Posts Older Posts Home
Subscribe to: Posts (Atom)