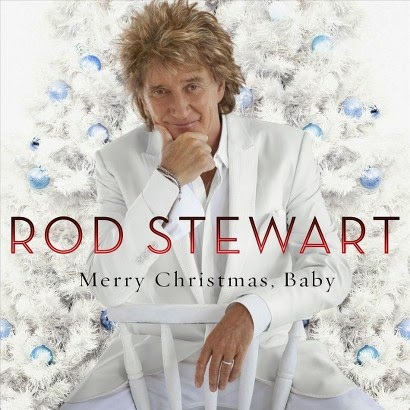 Rod Stewart, released back in 2012 with Merry Christmas, Baby , an easygoing and chipper collection of secular seasonal standards. If you don't have this cd, this is a great stocking stuffer for Rod Stewart fans! A couple of carols are thrown in for good measure but these songs -- "Silent Night," "We Three Kings" presented as a duet with Mary J. Blige -- along with a mildly incongruous "When You Wish Upon a Star," slide by easily on the mellow big-band swing of the rest of the record. Song for song, Merry Christmas, Baby is very much of a piece with Rod 's ongoing Great American Songbook series, with Stewart not straying from the familiar form of these songs and producer David Foster laying on all manner of soft, soothing sounds, whether it's acoustic guitars, synthesizers, strings, or a children's choir on "Silent Night." Very rarely does this hint at the Rod of the '70s
on December 18, 2014
Email ThisBlogThis!Share to TwitterShare to FacebookShare to Pinterest